Girl groups have been dominating the Asian pop music scene for a good number of years now. You can't talk about the pop music industry in Asia without talking about the numerous girl groups that have become the driving force behind the industry as a whole. Just take a look at the Kpop industry, for example, where girl groups have pushed the popularity of Korean pop music to unheard-of levels. I would argue that the global popularity of Kpop is largely due to the international appeal of girl groups.

As a person who follows the Asian pop music scene for many years now, I am honestly surprised that Vietnamese girl groups haven't really taken off yet. Historically, girl groups in Vietnam have never really worked. People have tried...but I can't think of one Vietnamese girl group that has ever been super popular. I believe it's only a matter of time. Girl groups work. It's a proven formula that works. Pop music fans want their girl groups. The only question is -- who and when will someone step up to fill that girl group void in the Vietnamese pop music world?

Lip B, which stands for "Light In Pandora Box", is a new Vietnamese girl group by 6th Sense Entertainment and Vpop superstar Đông Nhi. Recently, Lip B made their debut with the song Love You Want You. For a rookie group, they have potential. Although I wasn't too impressed by their initial MV, I saw enough good things in it that I have a little bit of hope that Lip B can become something special someday. 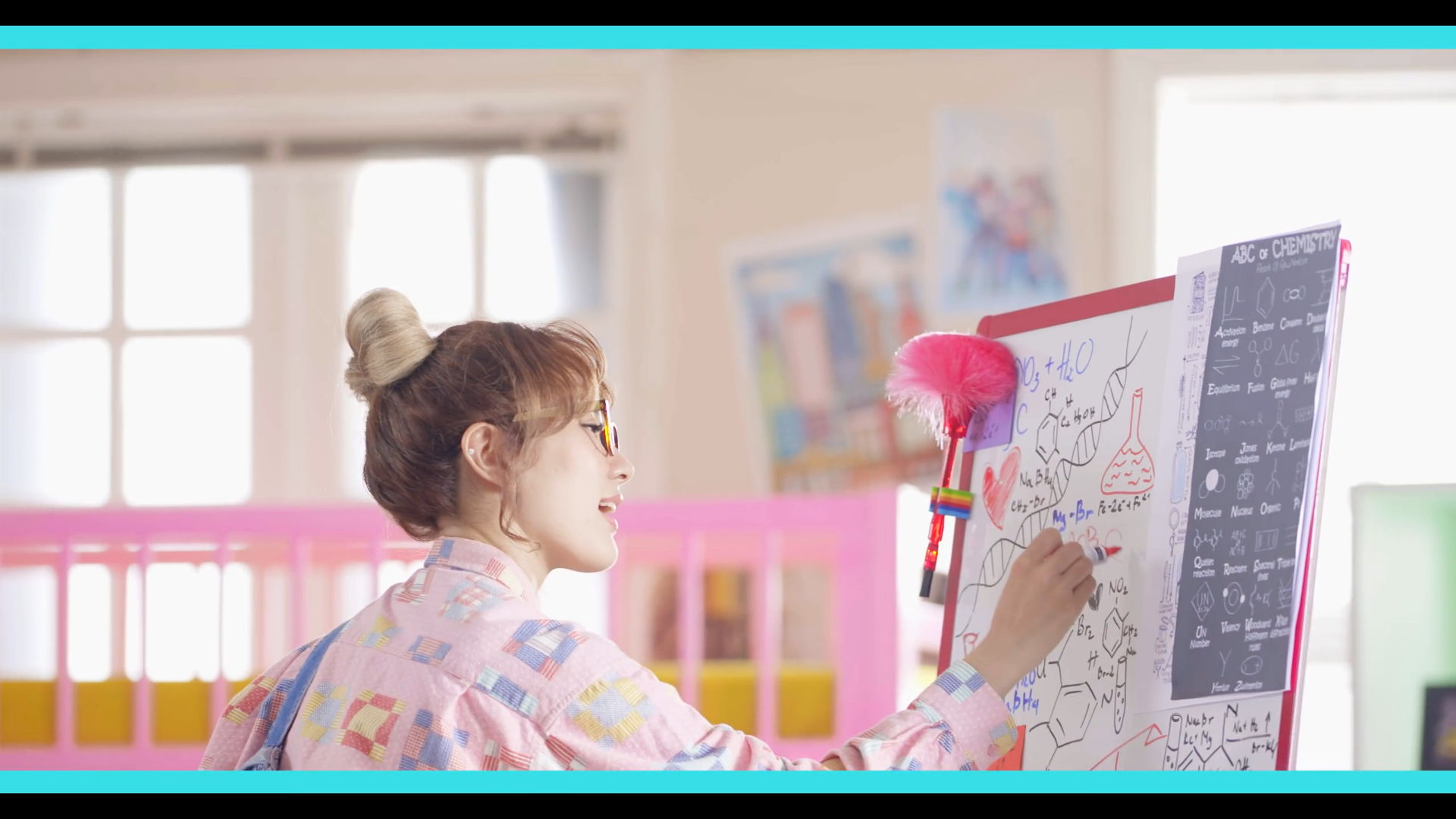 It's pretty obvious that 6th Sense Entertainment is taking the Kpop approach in promoting Lip B. The colorful MV, the school girl uniforms, the butt gyrations, the English usage, the Korean usage, the teenage cutesiness -- they are all hallmarks of modern Korean pop music. That's not a bad thing though. It's actually a pretty smart move in my opinion. The Kpop industry has gotten producing Asian pop music down to a science. Why not take their magic formula and use it for yourself? It worked for them; it should work for Vpop too. Right? Maybe...it doesn't work out, but the Kpop recipe has been so successful that it's worth trying out.

Since Lip B as a new age Vietnamese girl group is so strongly influenced by the Kpop industry, I am going to try to give my initial impressions of all the Lip B members by comparing them to popular Kpop stars. 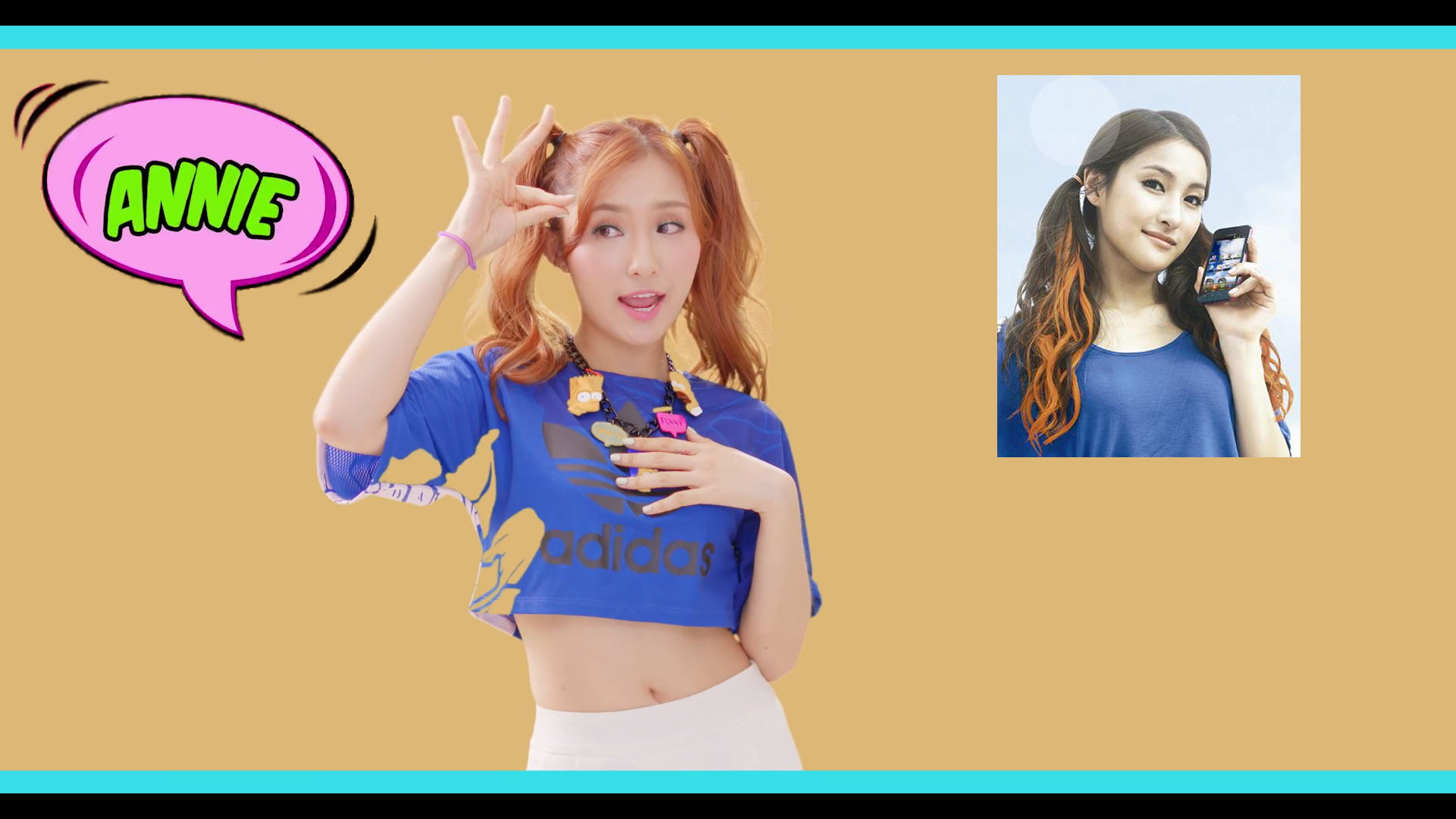 First up is Annie. She is the main vocalist and leader of the group. Annie reminds me of Park Gyuri from Kpop girl group KARA. She has a very mature and sophisticated look to her that is, quite frankly, a little intimidating to me. Park Gyuri is known as the "goddess" of KARA. I kind of get that same vibe from Annie. She seems like she could be a very high maintenance person with a princess complex. Also, she has a little bit of that RBF syndrome going on. Who knows? She might be a very nice and humble person IRL, but as far as I can tell, Annie might also be an uppity B who thinks she's prettier and better than all of us plebs. 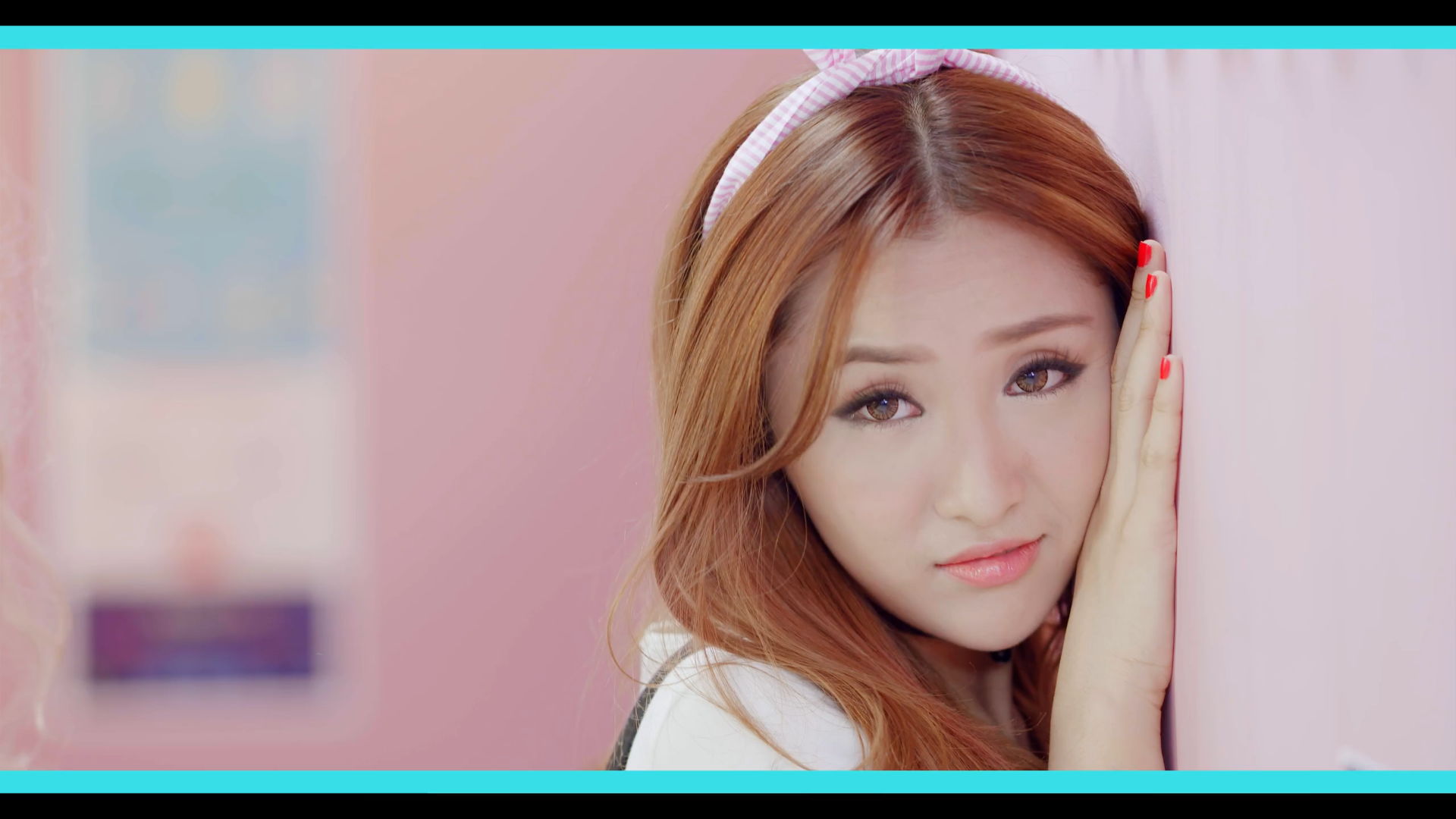 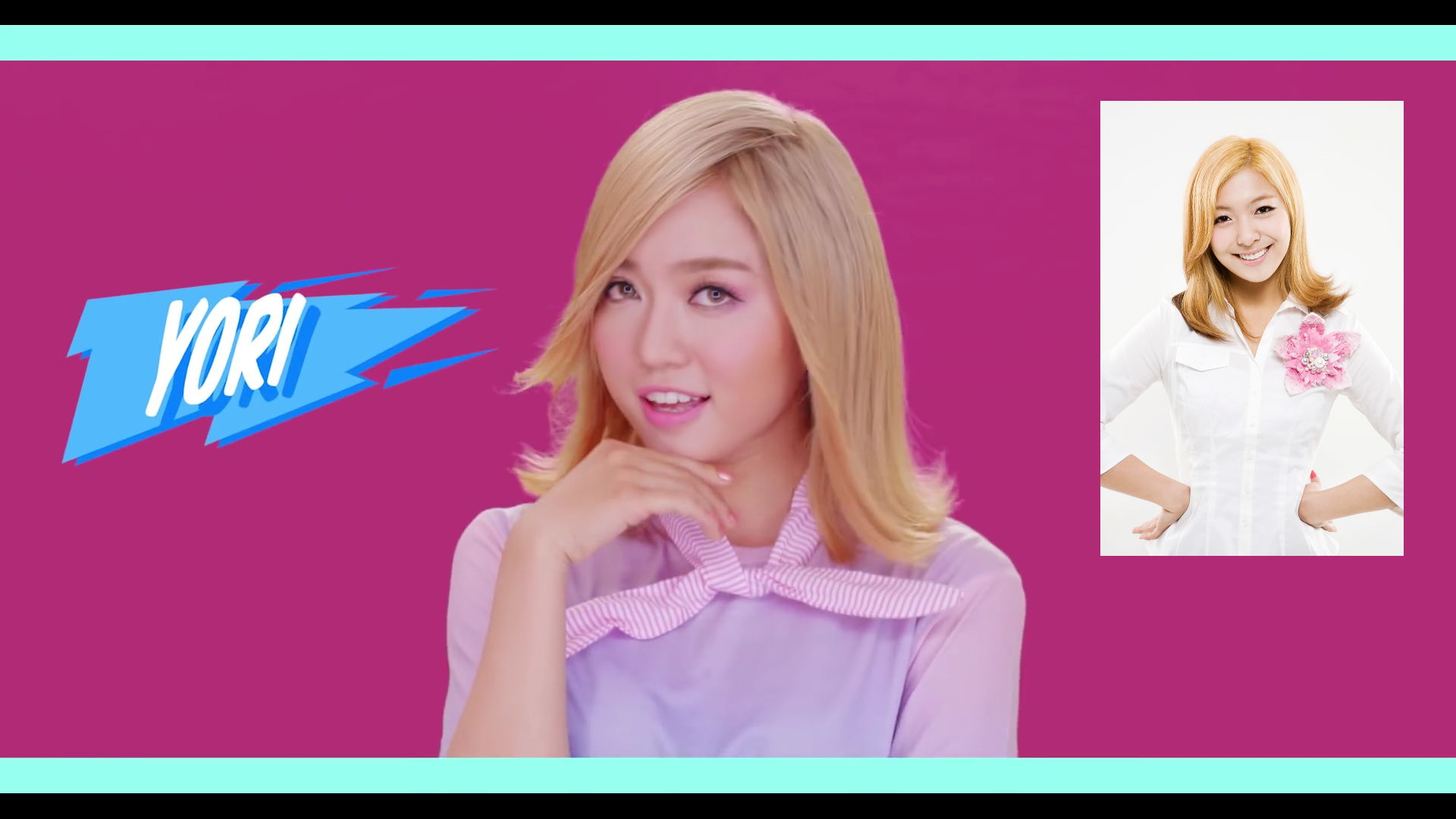 Next up is Yori, the second main vocalist of Lip B. Yori reminds me of Luna from Kpop girl group f(x). She kind of has that girl next door look going for her. She has a much warmer and welcoming aura to her than Annie. I like the way that she smiles and her childlike enthusiasm. Like Luna, Yori has a natural cuteness about her that I find quite charming. She's much more my type of girl -- a girl that is low maintenance, a girl who will cook for you, a girl that you can take home to mom. 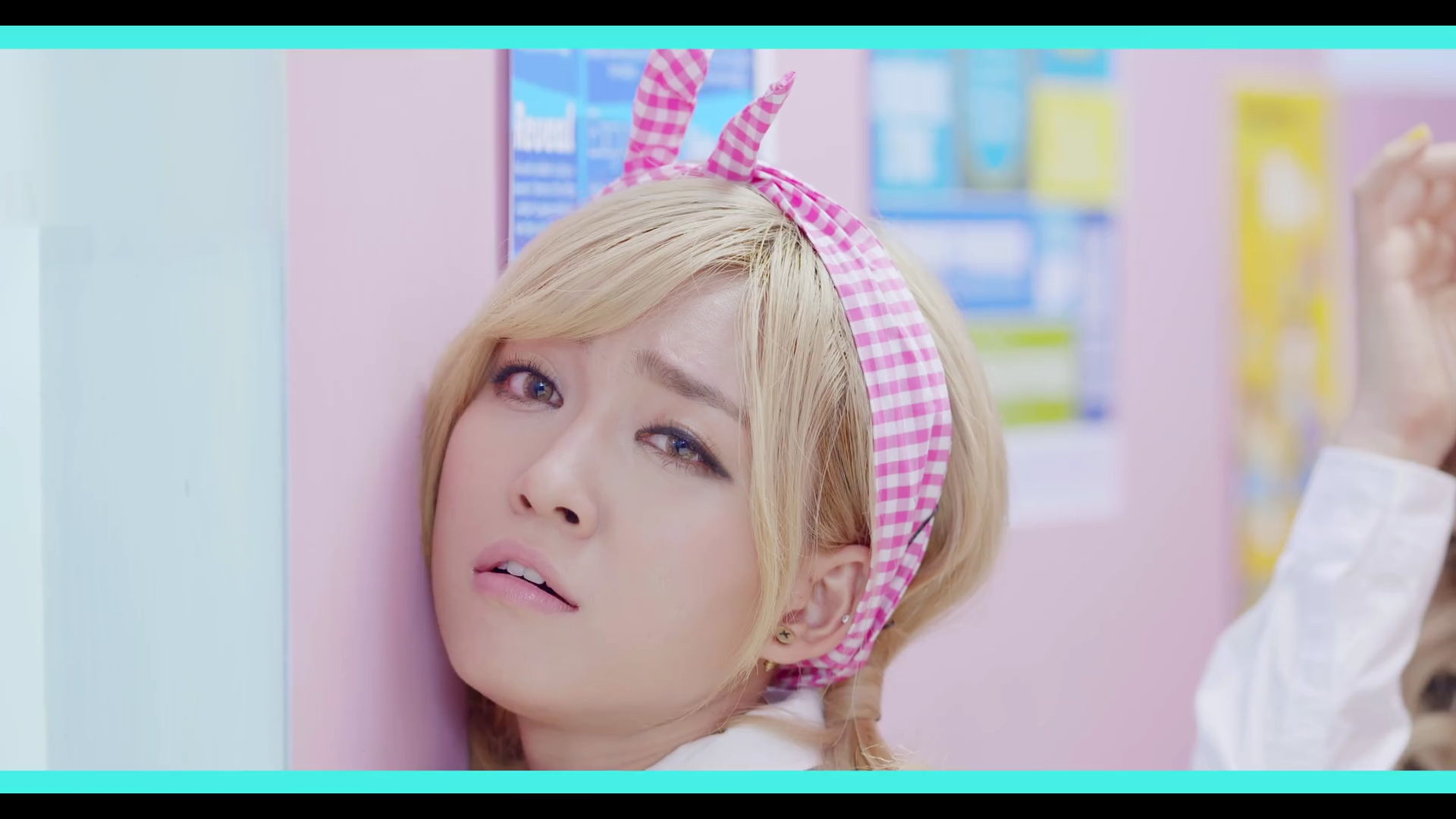 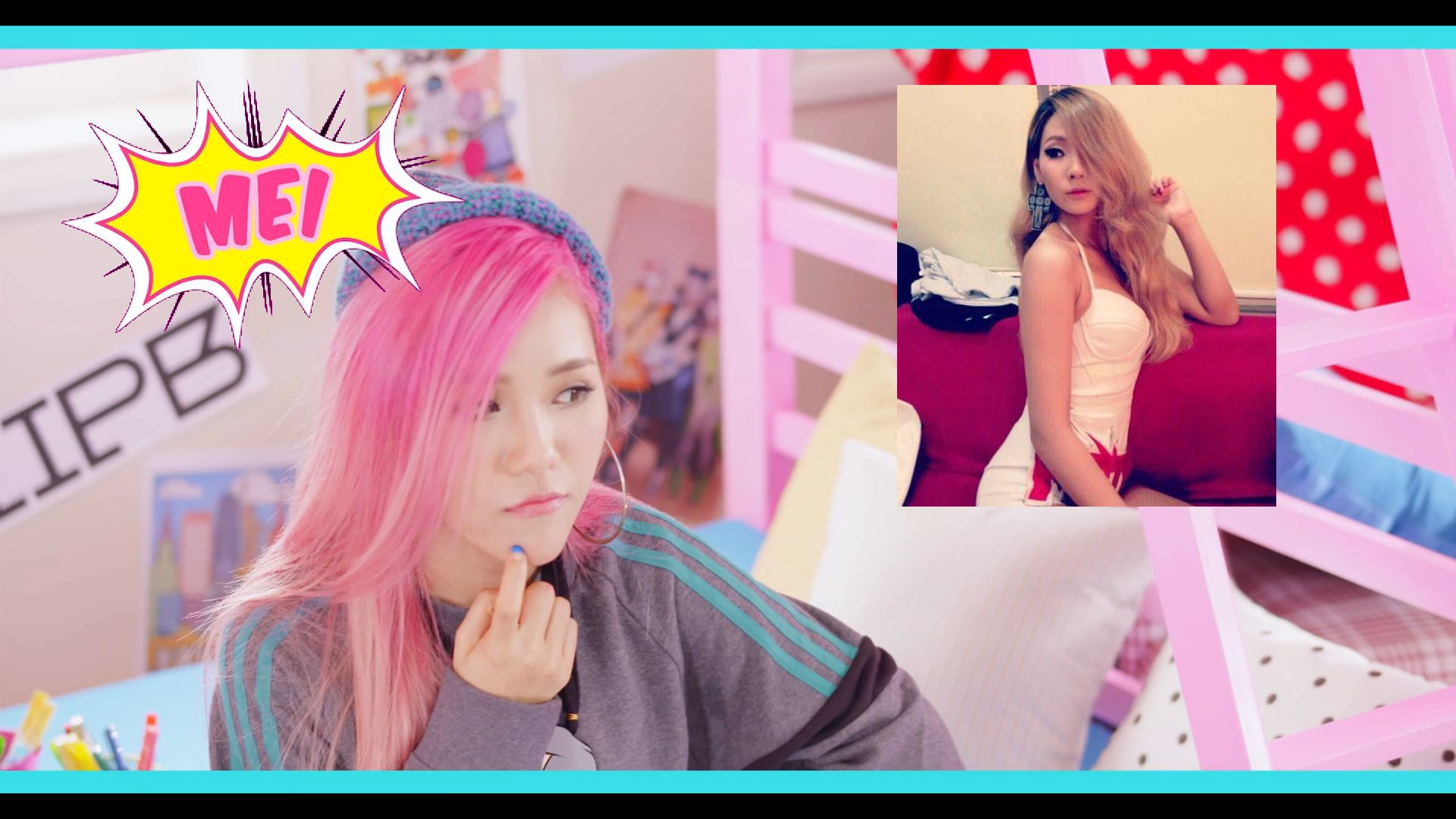 Next, we have the rapper of the group. Mei, who made an appearance on Đông Nhi's Boom Boom MV, is back. This time around, she is sporting a less fierce and more girly look. In my opinion, the cute school girl look doesn't suit her. I prefer my Mei without pigtails and looking strong and confident. To me, it didn't look right with Mei fawning over cute guys. That cutesy stuff works for Yori, but it just seems so unnatural for Mei. That's why Mei reminds me of CL from 2NE1. CL is a fierce rapper with swagger from a girl group that is well-known for their more rebellious and unconventional approach to Kpop. Plus, I think Mei is the member that benefits the most from having the right hair and makeup stylist. Sometimes she looks amazing, and other times, I don't even know if I'm looking at the same person. They say perception is reality, and I think that holds true. CL with makeup > CL without makeup. 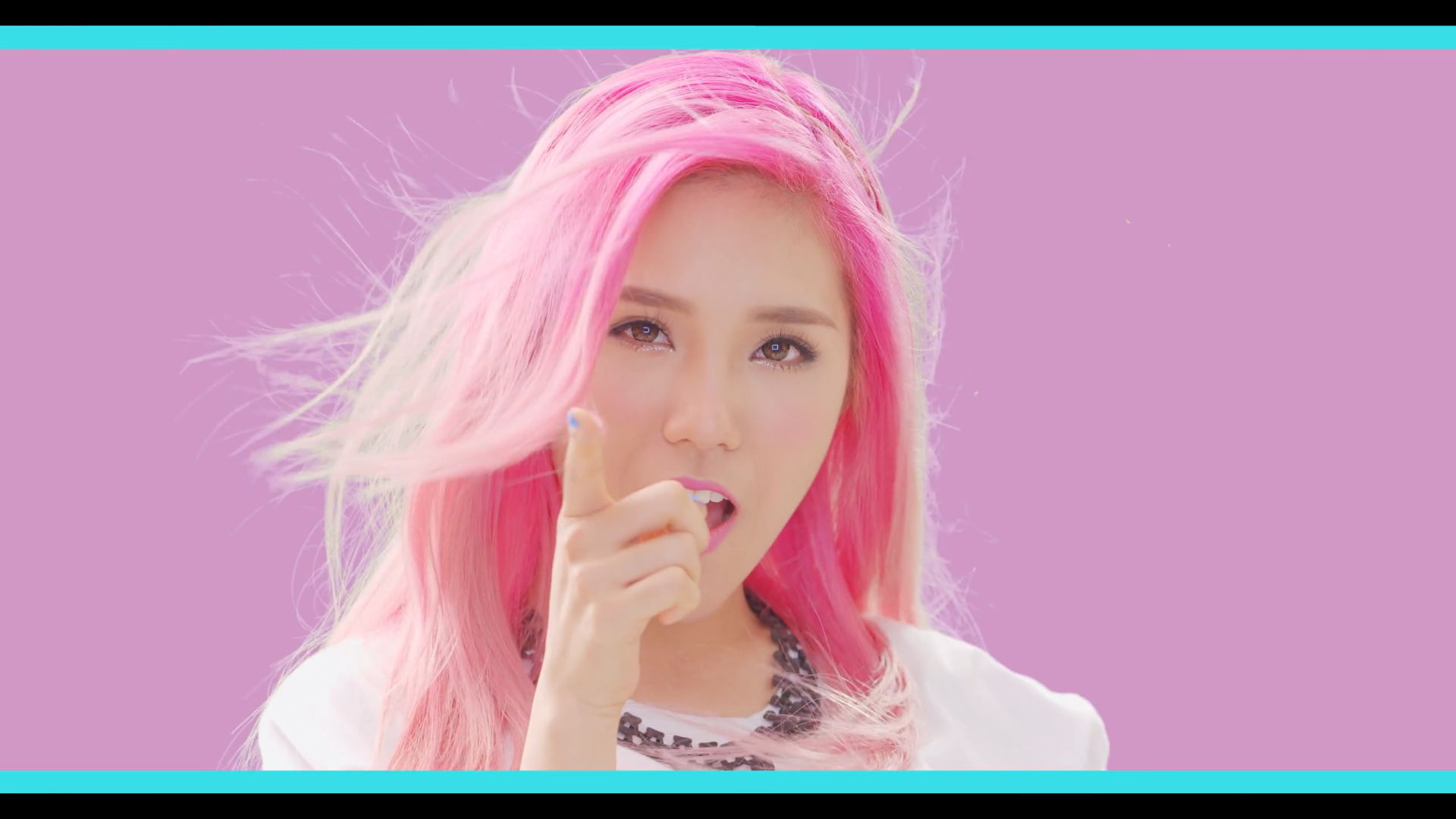 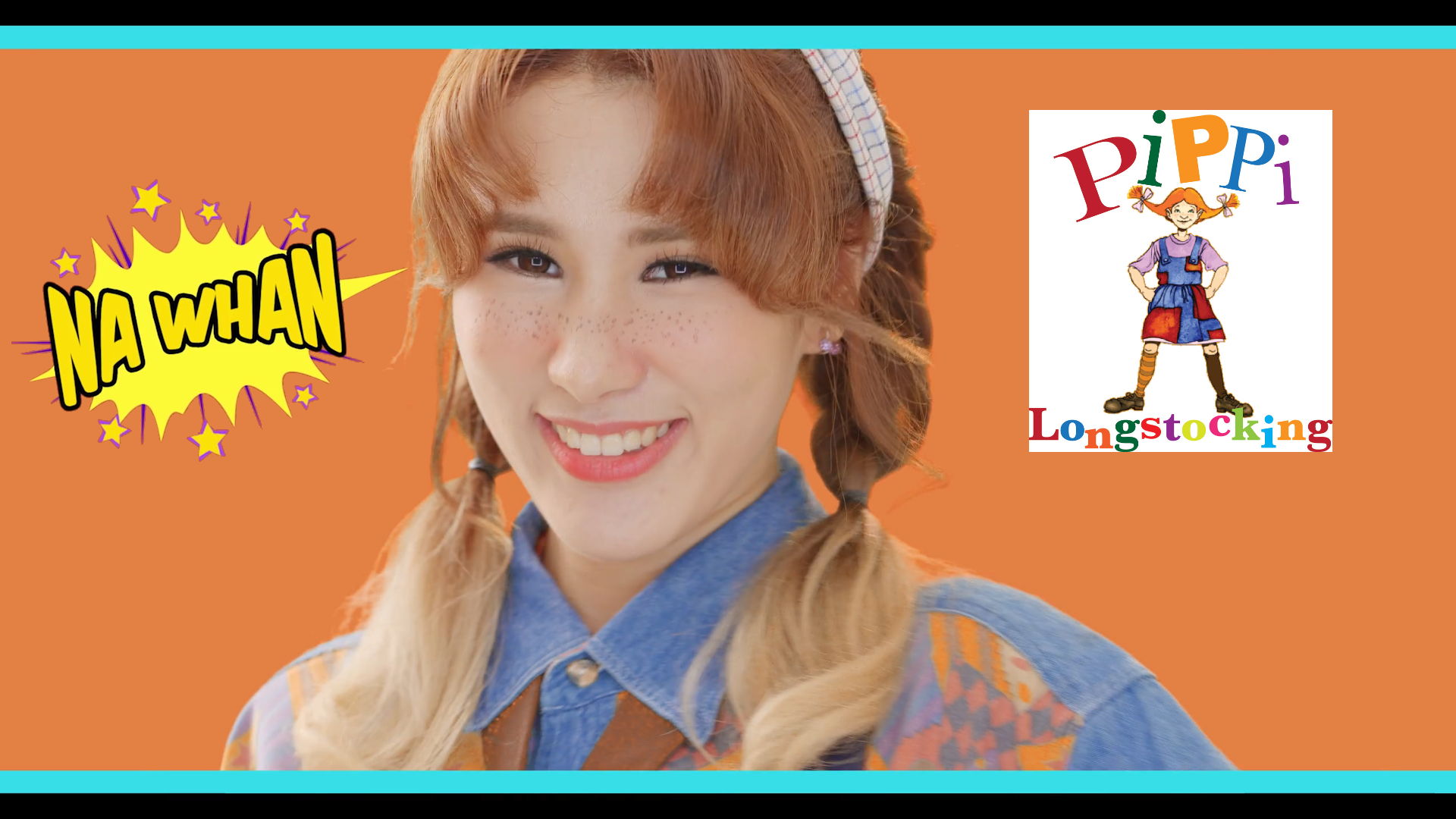 Lastly, we have the 4th and final member of Lip B -- Na Whan. She is the most confusing member for me to talk about. I don't know what to make of Na Whan. I can't even think of one good Kpop comparison for her. I just don't know what the flying freak 6th Sense is trying to do with her. She is the biggest question mark of the group. According to Lip B's official Facebook page, Na Whan is suppose to be the "visual" of the group, which means she is the member who is supposed to be the most visually appealing. You could have fooled me though. If she is the visual (aka the eye candy) of the group, then why did they intentionally ugly her up by making her an awkward-looking nerd? It does not make sense, 6th Sense!

Anyways, I decided to do some social media stalking to figure out what the deal was up with Na Whan. There are so many questions that need to be answered. Is she even Vietnamese? I don't think that she even sang once in Vietnamese. Is that because she's a sub-vocalist? What kind of name is Na Whan? I understand that they like to give each member a cool sounding, non-traditional Vietnamese name, but Na Whan? Is that Chinese? Japanese? Korean? I have no idea.

From what information that I now have been able to gather, Na Whan is actually of Korean descent. She may be half Taiwanese and half Korean, but don't quote me on that. For sure, she is Korean though. That's pretty evident from her social media profiles. She kind of looks like a mixture of Korean actress Song Hye-kyo and Kpop star Yuri from SNSD. But no one is going to feel that way because she straight up looks like Pipi Longstocking in Lip B's debut MV. 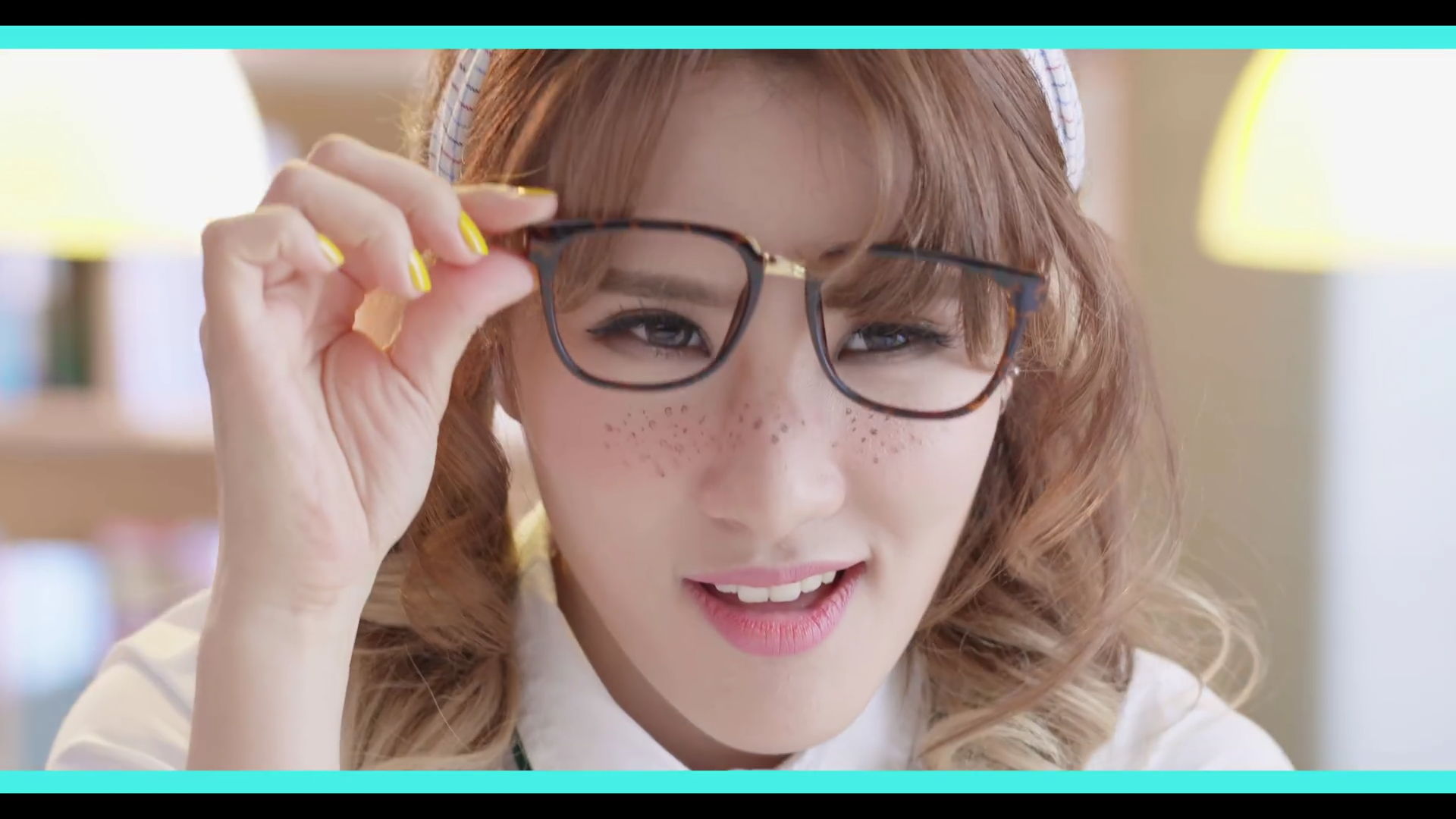 Love You Want You is an okay Kpop-inspired Vpop MV in my opinion. Although I don't think it completely worked (using a Korean-style approach, that is), it does make me think that perhaps Kpop-style girl groups can work in the Vietnamese pop music industry. Gotta give the people what they want, and the people want a superstar level girl group! Where is that 365DaBand girl group equivalent? Is Lip B going to be that group? Only time will tell.

*Be on the look out for a potential follow-up article: Girl Groups of Future Past.

S.T from 365DaBand hooked up with entertainment production group St. 319 to put out a super-mega MV. Tình…

Since Mother's Day is this Sunday, I just wanted to share some of my favorite Vpop songs celebrating all…